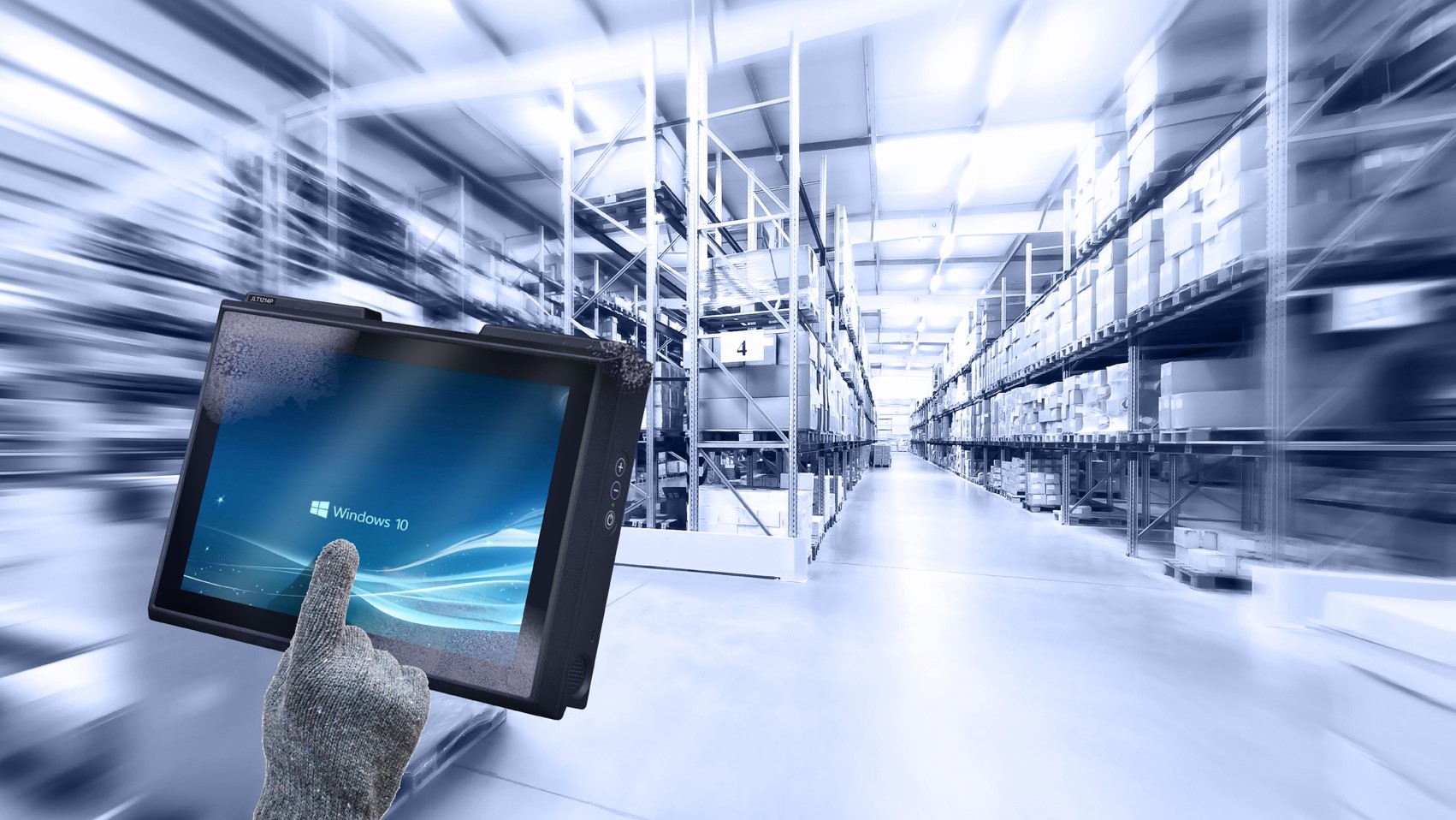 The JLT1214P computer is based on the company's JLT1214 platform which is already well known in the market for its outstanding quality and reliability, having been proved in thousands of installations by customers around the world.

Previous generations of rugged computers most commonly used resistive touch screen technology that is chosen because of its usability with different types of gloves and in wet conditions. In some demanding environments, however, the resistive touch screen is susceptible to scratches and scuffs or even breakage of its plastic screen, often making the screen the point of failure for the computer. Resistive touch screens also do not offer the user experience that operators have come to expect from the capacitive touch screens in their own personal electronic devices. With the introduction of the JLT Rugged PCT technology, the projective capacitive touch with superiorresilience to wear and tear can be used in the same demanding use-cases as a resistive touch, for example with different types of gloves and wet conditions.

The addition of the JLT Rugged PCT technology to the proven JLT1214 platform provides the JLT1214P's touch screen with a lifetime as long as the computer itself, minimizing disruptive down time, resulting in a higher service level and greater customer satisfaction. A 1.8mm thick, practically unbreakable hardened glass cover protects the touch sensor, offering unparalleled durability and scratch resistance. In tests, it withstands a 500g steel ball dropped from a height of 1.2m with no damage to the screen. Additionally, the JLT1214P computer can operate in temperatures between -35 to +55 degrees Celsius, is dust and water resistant to IP65 and its design eliminates the cavity between the glass screen and the case, preventing dirt build up when in use and allowing it to be easily sanitized for use in the food industry.

In today's logistics market, where productivity is more important than ever, the JLT1214P computer's enhanced computing performance helps provide information quickly and reliably, which combined with the improved touch screen usability increases productivity in even the most advanced logistics applications. The JLT1214P is faster than ever before, due to its new Intel E3845 quad-core processor (code named Bay Trail), which can run full 64-bit systems, bringing world class speed to fork lift computers and making it a future-proof platform securing customer investments long-term. The JLT1214P computer comes with either Windows 10, Windows 8.1, Windows 7 or Windows Embedded versions. In the event of a computer problem, JLT provides a "No Questions Asked" JLT:Care service agreement which guarantees a high level of support and short repair times to minimize down time at predictable cost.

The JLT1214P logistics computer also features an isolated 18-72 VDC power supply for electrical vehicle installations, or an unisolated 9-36 VDC power supply for other installations. A backup battery ensures uninterrupted operation during power failures which enables reliable operation, even with unstable voltages from automotive batteries. The JLT1214P also features dual-band 802.11ac WLAN and Bluetooth EDR 4.0 capability, with both radios taking advantage of JLT's built-in highly sensitive Planar Inverted-F Antenna (PIFA) technology, custom made for reliable wireless connectivity in environments with poor coverage. As with all JLT computers, the JLT1214P logistics computer is built from the ground up to deliver maximum reliability and function in very demanding environments. A high integration of features and the most compact design in its class provide for fast, reliable and inexpensive installation, even in small spaces.

The JLT1214P computers are available today as an additional option to the current JLT1214N computer that continues to be available with its current configurations.

JLT Mobile Computers is a leading developer of rugged mobile computers for demanding environments. These PC-type computers are developed and manufactured in Sweden for professional use and are characterized by very high reliability in the face of moisture, dust, vibration, electromagnetic fields or extreme temperature - reliability that is required for use in areas such as transportation, warehousing / logistics, forestry, mining, automation, military and rescue vehicles. JLT operates globally with offices in Sweden and the US, complemented by a network of sales partners that provide complete solutions and local support. JLT has delivered over 90,000 PCs since its inception and the company's turnover in 2014 was SEK 72 million.  The headquarters in Växjö, Sweden houses the development, service and administration departments. The company was founded in 1994 and since 2002 has been listed on the NASDAQ OMX, First North, under the symbol JLT by Remium as Certified Advisor. For additional information, please visit www.jltmobile.com.